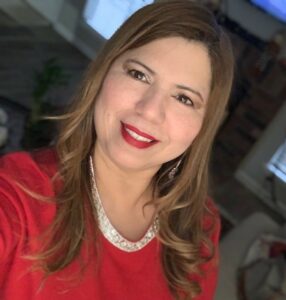 The Heritage’s October Employee of the Month, Lizbeth Amaro Espinoza, was nominated for the honor by her supervisor, Director of Environmental Services Willetta Page for her positive outlook and willingness to help her team and others whenever needed.

A full-time housekeeper who has worked over two years at The Heritage, the Venezuelan native has an interesting life story and a second professional one as well. In fact, if you visit Plaza Mariachi or Las Cazuelas on a Saturday night, chances are you’ll hear her playing piano and mandolin professionally as part of the Latin band, AB Band Music.

Lizbeth earned an engineering degree in her native country and worked in a factory until it closed due to the economy. She then earned a second degree, this one in music education and taught high school students for 24 years as well as orchestra and symphony to younger children.

About five years ago, Lizbeth decided to leave Venezuela to follow her daughter, Lorena, to Tennessee for a new adventure. A year after settling here, Lizbeth’s father joined them. Her daughter is now married, but Lizbeth and her father continue to live in Antioch. She has a sister in Miami, Fla., another in Colombia and a brother who lives in Chile.

At The Heritage, Lizbeth enjoys interacting with the Magnolia and Dogwood residents she works with and getting to know more about them. She says she also appreciates how everyone is friendly when receiving her in their homes.