Home > News > After 72 years of marriage, Heritage residents ‘still crazy’ about each other 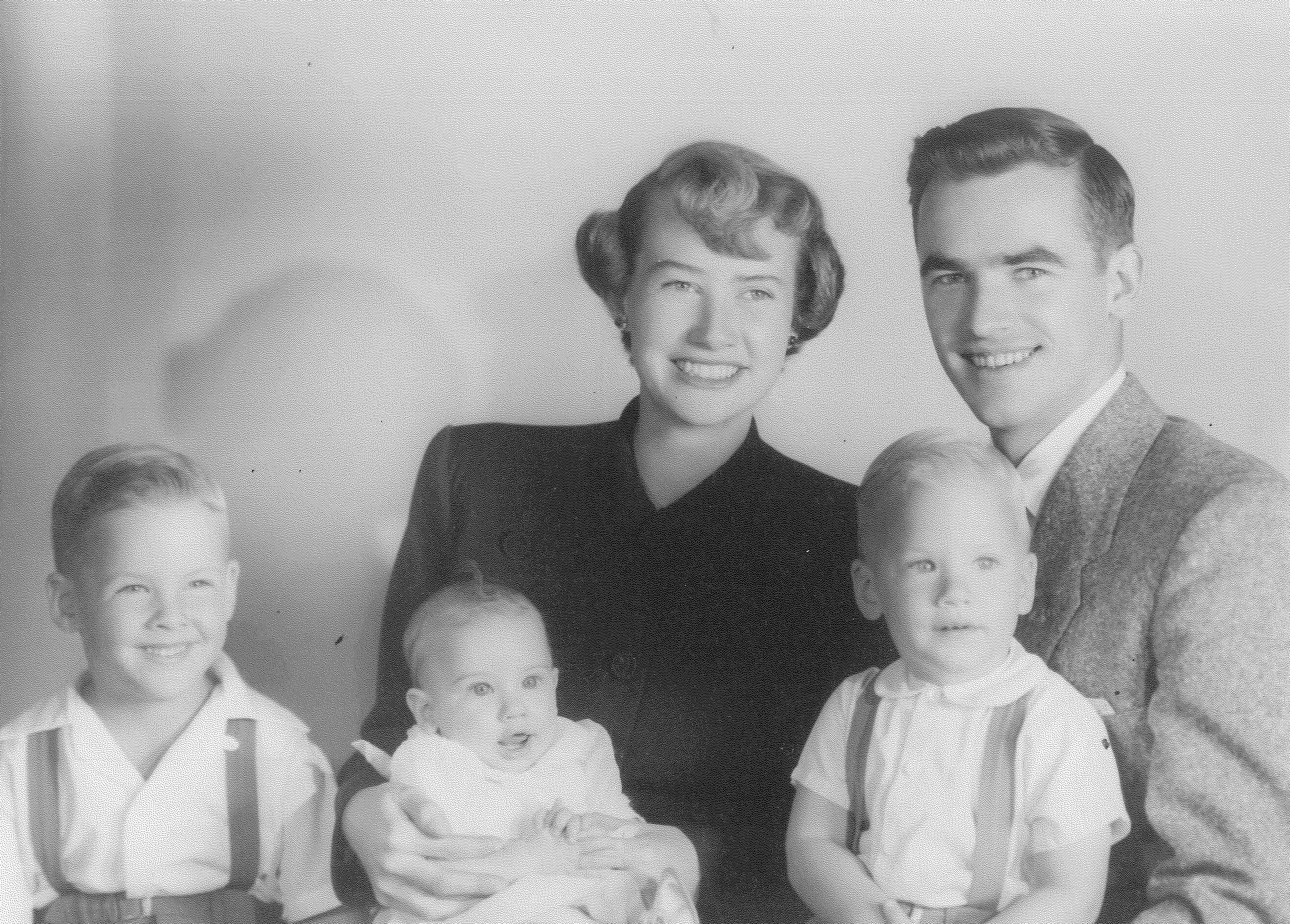 More than 70 years ago, two teenagers met in Tacoma, Wash. and made a pact to meet up at Oregon State University, where both were preparing to begin their freshman year.

Marjorie Graves couldn’t remember what Duane Ericson looked like, but she remembered his car: a 1948 Dodge Business Coupe. When she saw it on campus, she raced outside and flagged him down.

“And that was that” says Duane Ericson, who asked her out on an official date about a week later.

“I think you asked me to go steady that night,” adds Marjorie while looking at him across a table. “And I said ‘Yes.’”

Marjorie and Duane have been together ever since. On Dec. 29, 2021, they celebrated their 72nd wedding anniversary. Though they admit to experiencing trials along the way, they have also loved the sense of adventure they’ve experienced over their life together.

“I’m just crazy about him,” says Marjorie, now 91 but with the passion of an 18-year-old coed.

“I’d certainly hate to be without her,” Duane, also 91, quickly adds. 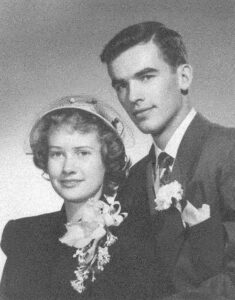 The couple, who moved from southern California to The Heritage at Brentwood senior living community in 2019, credit patience and a sense of humor for their longevity. The best advice Duane says he can offer young couples today is to be tolerant and forgiving.

“Today young people just give up and divorce,” Duane says. When he and Marjorie were newlyweds and hit a rough spot, “I thought about how hard I could slam the door.”

Marjorie says having clear expectations about who is responsible for what in the marriage and household is important. She also credits a higher power. “The Lord is in our marriage, and that’s a lot.”

The Ericsons life together officially started on Dec. 29, 1949, when they married in a small family ceremony. They took off on a “driving honeymoon” to Arizona, where Duane had enrolled at Arizona State. Several years and three kids later, Duane finished his industrial engineering degree at California Polytechnic Institute in San Luis Obispo, Calif.

His first job after Cal Poly took the family to Los Angeles, and there they stayed until Duane retired.

While Duane grew his career, Marjorie became a household engineer, taking care of their home and three kids – two boys and a girl. “And they were a handful, but a nice handful,” she says with her ever-present smile. Today the family includes eight grandchildren, 15 great-grandchildren and three great-greats.

After Duane retired in 1992, they moved to Oceanside, Calif. in San Diego County. Though their oldest son, Mark Ericson, lives in Franklin with his wife Vivian, “The chances of us moving here were nil,” Duane said. “We were deeply involved in boating.” 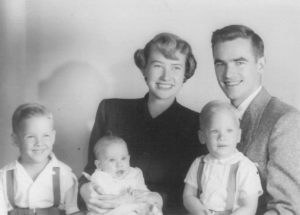 Their sailing adventures began when Duane’s father-in-law said, “Duane, you need a hobby.” (This was not the first piece of valuable advice Marjorie’s father offered over the years, she acknowledges – again with a smile.)

Their first boat was a 16-foot sailboat. It only took about nine months to realize it was too small, so they upgraded to a 23-footer. This began a seven-year cycle of upgrades until they finally purchased a new 40-foot, Bob Perry-designed sloop equipped for ocean sailing. During a six-month sailing adventure in and around Mexico in the mid-1990s, they made an important discovery. “We found out we did not like sailing full-time,” Duane says. They pivoted and decided to sail one week a month and one month a year.

Over the next few decades, the couple participated in the famed Newport to Ensenada International Yacht Race 17 times. They loved spending time on the water near the Channel Islands off California. They also put a deposit down at a Life Plan Community in nearby Carlsbad, Calif. but the floorplan they wanted never became available, so they stayed in Oceanside.

Life was good until Duane’s 2017 heart attack ended their sailing lifestyle. “We finally just looked at each other and said, ‘What are we going to do?’” Duane recalls. 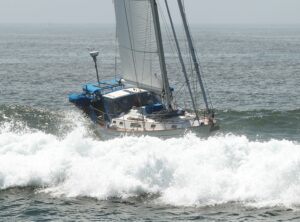 They decided to move closer to son Mark’s family. They only considered The Heritage because they knew they wanted to live in a Type A Life Care community. “So here we are,” Duane says matter-of-factly.

“I just feel like I came home,” says Marjorie, who moved from her native Wilmington, Del. to Tacoma at age 14. She loves Tennessee’s four distinct seasons. Duane, who even now is a California boy through and through, has had a tough time adjusting to the cold-weather months. He does love the housing value they found, however. The large, two-bedroom, 1,651-square foot floorplan they selected at The Heritage is twice as big as the unit they wanted in Carlsbad – but costs the same. 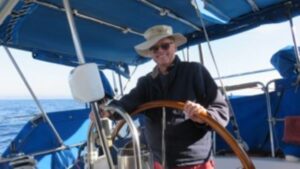 “I still dream about the boat,” says Duane, who continues to wear his requisite tan leather boat shoes every day. While they are no longer captains themselves, the Ericsons enjoy letting others take the helm. Over the years they have logged 215 days on cruise ships, traveling the oceans and the Mississippi River. They can’t wait to add more days to that number. Their next adventure likely will be a cruise along the Eastern Seaboard, postponed last year due to Covid.

Duane, whose dry wit is always at the ready, shares he and Marjorie plan to move back to his hometown of Santa Maria, Calif. at some point in the future.

“We have plots there.”